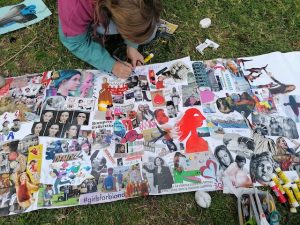 Women’s equality in all areas of society, politics and the economy has been an issue for centuries. Corresponding successes such as the right to vote, the freedom to go to work independently of male permissions and much more have contributed to the democratisation of societies as a whole. However, in times of great tranformations and crisis – unemployment, social inequality, society’s divisions, climate change, challenges posed by digitalisation, among others – interpretations of societal conflicts that go hand in hand with the devaluation of certain groups are on the rise. Also „gender issues“ and its legitimacy is doubted. At the same time, the gender pay gap is still large and domestic violence, sexual exploitation, discrimination in the labour market and the underrepresentation of women in leadership positions persist. Society’s potentials lay down instead of being brought into life.

How do women themselves perceive these developments? How do they see their situation in different countries in Europe? What would they like to change? How can they make their perspectives visible?

weltgewandt e.V. is coordinating the two-year project „Power, Peace, Poetry. Women’s Perspectives on Society’s Divisions“ with colleagues in Estonia, France, Ireland and Poland. The aim is to encourage adult educators to include questions on gender democracy in their programmes and to receive and pass on methodological suggestions. In addition, interested people from the participating organisations will have the opportunity to take part in the exchange and meet online as well as during a five-day workshop.

Together, so-called People’s Stories will be developed, i.e. stories written by the participants from their perspective. In addition, a guideline will be developed to peacefully and clearly confront the rejection of women – in the sense of strengthening a democratic culture of discussion. 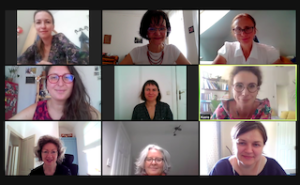 Kildare and Wicklow Education and Training Board, Naas/Irland