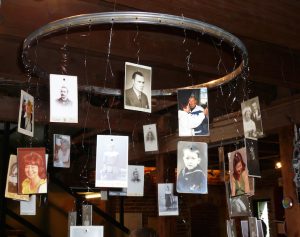 The word „nation“ has been increasingly used again in recent years. What seems simple has many facets. What does „nation“ mean? What are the social, political and cultural dimensions of the term – in the past and present? And what is the difference to nationalism?

The project head of weltgewandt e.V. was in charge of the cooperation „Plurality and Nation. Visions of Society“ with colleagues from partner organisations in Finland and Belgium from 2008-2010. The result was the text „Woodrow Wilson versus Lenin. Preliminary thoughts on Plurality and Nation„. The Learning Partnership has been recognised by the European Commission’s National Agency Education for Europe as an example of best practice (p. 64 of the Annual Report).

The following observations and questions were the starting point for the collaboration:

The accepted idea of a nation as a “single entity” no longer reflects the reality of rainbow societies. Everywhere you meet people speaking different languages and living different lifestyles, retaining something in common but with differences keeping them apart. German cooks, Turkish businesswomen and Polish gallery owners use the same roads, cinemas, hospitals, lawyers and hairdressers in any town but speak their own language and prefer their own clubs and bars. Nevertheless, most immigrants switch from one culture and language to another and back all the time. Many feel as if they possess “two homelands”.

The idea of a homogeneous, “unified” nation no longer adequately describes societies or the relationships between them. The “single entity” is subject to inter-national relationships in the shrinking world of Internet and budget flights. Nation or national state is not the sole reference point; definitions are being opened up and expanded. Everyone will take trans-national exchange increasingly for granted, on a global or local scale. But how do “transnational nations” sustain themselves, and what keeps societies together? How does the delineation of boundaries affect cultural and social integration?

Questions that are relevant again today in view of numerous crises …