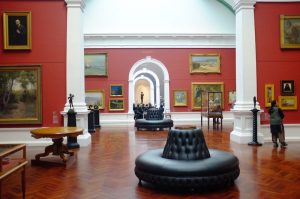 Which links exist between civic education and a museum? Which ones between cultural education and politics? How can we arouse people’s interest in going to the museum? From people who would rather not get the idea to do so? What should museums do to make visitors see them as their own space?

weltgewandt e.V. is a partner organisation in a two-year cooperation with eight educational institutions and museums in six European countries. Under the title United for those in Needs: Learn, Open, Care, Keep – the Museum Mediator as Diversity Integrator, a learning platform is being developed. It is aimed at adult educators and the people they work with: those with a ‘small wallet’, with hearing or/and visual impairments, other cultural backgrounds or difficulties in reading and writing. The aim is to UNLOCK the potential of museum mediators to better involve such people in the work of museums.

Photo by Akshay Chauhan on Unsplash