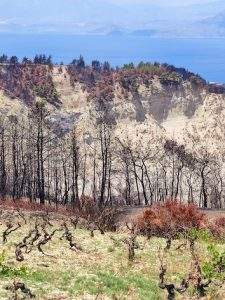 Ecological issues such as global warming and safe as well as peaceful access to resources have been pressing for a long time. However, discussing them seems to be subject to the fluctuating media attention. Moreover, climate change and its consequences go hand in hand with other forms of society’s change: the further polarisation of rich and poor, digitalisation, the expansion of surveillance with its possible dangers for democracy, (climate) migration, uncertain price developments, fragilities in the financial system and more. At the same time, climate change is perceived by many as an upper-middle class issue that does not affect them personally. The solution to many problems, however, requires a transformation to an ecological and social economy. Whether this succeeds will also depend on whether it is done in an inclusive and democratic way.

weltgewandt e.V. is coordinating a two-year project with partner organisations in Athens, Rome and Sofia. In four transnational encounters with citizens of their institutions and their surroundings, we address several aspects of ecological issues: Rubbish and waste treatment, traffic and CO2 consumption, water, energy supply and access to resources. This is done through photographic approaches with the own smartphone / camera or / and the joint development of theatre scenes.